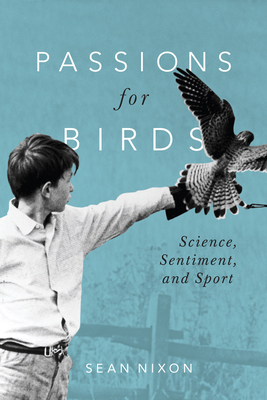 
In Stock—Click for Locations
Whether as sources of joy and pleasure to be fed, counted, and watched, as objects of sport to be hunted and killed, or as food to be harvested, wild birds evoke strong feelings. Sean Nixon traces the transformation of these human passions for wild birds from the early twentieth century through the 1970s, detailing humans’ close encounters with wild birds in Britain and the wider North Atlantic world. Drawing on a rich range of written sources, Passions for Birds reveals how emotional, subjective, and material attachments to wild birds were forged through a period of pronounced social and cultural change. Nixon demonstrates how, for all their differences, new traditions in birdwatching and conservation, field sports, and bird harvesting mobilized remarkably similar feelings towards birds. Striking similarities also emerged in the material forms that each of these practices used to bring birds closer to people – hides and traps, nets and ropes, and binoculars. Wide ranging in scope, Passions for Birds sheds new light on the ways in which wild birds helped shape humans throughout the twentieth century, as well as how birds themselves became burdened with multiple cultural meanings and social anxieties over time.
Sean Nixon is professor in the Department of Sociology at the University of Essex.