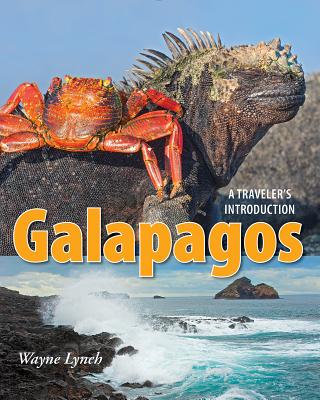 In 1979, the Galapagos Islands was one of the earliest World Heritage Sites to be selected by UNESCO (United Nations Educational, Scientific and Cultural Organization), a designation intended to protect and preserve sites of cultural and natural heritage around the world. Today, there are over a thousand World Heritage Sites and the Galapagos Islands are one of the most widely valued.

The biology of the Galapagos Islands has arguably been studied more than any other archipelago in the world. Charles Darwin visited the Galapagos Islands for five weeks in 1835 and then spent the next several decades at his home in England conducting experiments on a multitude of non-Galapagos species to confirm his theory of natural selection. His observations and collections contributed to the inception of Darwin's theory of evolution by natural selection, one of the most important ideas in all of science.

The islands are located in the eastern Pacific Ocean, 605 miles (973 km) off the west coast of South America and consist of 13 main islands and 6 smaller islands. Only some are open to visitors.

In this richly illustrated tour of the Galapagos, world renowned photographer and naturalist Wayne Lynch captures the unique wildlife living here, including the Galapagos tortoise, the marine iguana, the flightless cormorant, the blue-footed boobie and the magnificent frigatebird.

In 1979, at the age of 31, Dr. Wayne Lynch left a career in emergency medicine to work full-time as a science writer and photographer. Today, he is one of Canada's best-known and most widely published professional wildlife photographers. He is the author of Penguins of the World. He and his wife Aubrey live in Alberta, Canada.