Your Penis: Everything You Need to Know about Your Friend! (Paperback) 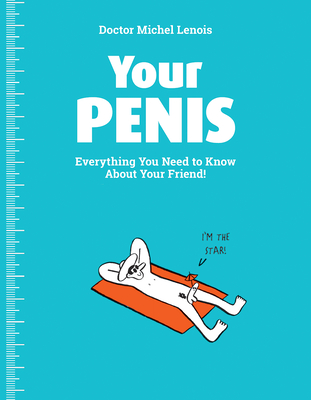 Your Penis: Everything You Need to Know about Your Friend! (Paperback)

The full book about the little fireman.

This is the book you've been waiting for -- an in-depth look at the penis that tells you everything you need and want to know, including the chapter many will turn to first: how to increase the size of your penis, what works and what doesn't.

Your Penis is an exhaustive guide to the willy, the dick, the Johnson, examining its anatomy, function, dimensions, familiar problems and cultural significance. There are sections on what mistreatments it is frequently subjected to, how to dress it up, how to make it grow, how to help it age well and what nicknames we've given it (there are over 126 ).

This book is replete with interesting facts from the human and animal worlds: Did you know that the argonaut octopus has a detachable penis that can swim to the female's mantle in order to fertilize her? That Rasputin's pecker is preserved in formaldehyde at the Museum of Eroticism in Saint Petersburg? That certain foreskins acquired from circumcisions are used in the creation of cosmetic creams? That the penis is quite capable of tanning?

Written by a general practitioner from a scientific and medical point of view, but with anecdotes and a little bit of cheeky mischief thrown in, Your Penis gives us improbable stories, fascinating clinical cases and loads of useful information.

Contents of this book include:

Michael Lenois is a respected medical doctor practicing near Rouen, France. He is the author of seven other medical books for consumers, on subjects ranging from prostate cancer to autism to osteoporosis.