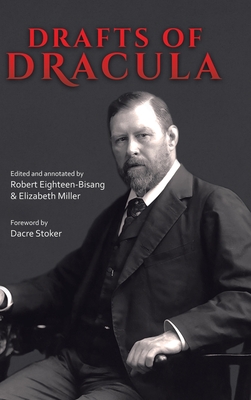 A decade after making Bram Stoker's Notes for Dracula available to the public, Robert Eighteen-Bisang and Elizabeth Miller reach a new plateau with this revised and updated version of their groundbreaking work. - J. Gordon Melton, The Vampire Book: The Encyclopedia of the Undead.

Robert Eighteen-Bisang and Elizabeth Miller's Drafts of Dracula builds upon their pioneering work on Bram Stoker's notes to give us new insights into Stoker's typescript, his play of 1897, and the mystery of Dracula's Guest. - The London Library.