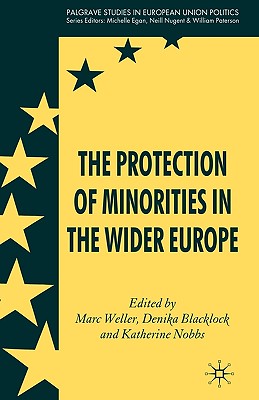 
Not On Our Shelves—Ships in 1-5 Days
This book examines whether we are moving towards an integrated regional system of legal provision for minorities. It illustrates the tension between newer member states, many of which have an interest in seeing minority issues addressed, and established members, which remain hesitant in committing themselves fully to a minority rights regime.
MARC WELLER is Director of the European Centre for Minority Issues in Flensburg, Germany. His writings focus mainly on conflict management, international law, and minority rights. He has acted as legal advisor to several governments and organizations, and has been a member of international peace processes. Dr Weller is Reader in International Law at the University of Cambridge, and a Fellow of the Lauterpacht Research Centre for International Law and Hughes Hall. He is also Director of the Carnegie Project on Resolving Self-determination Disputes through Complex Power-sharing, and of the Cambridge Rockefeller Project on Restoring an International Consensus of the Rules Governing the Use of Force. DENIKA BLACKLOCK is Programme Analyst with the United Nations Development Programme in Kosovo. She holds a degree in International Conflict Analysis from the University of Kent, Canterbury, UK. Previously, she worked with the European Centre for Minority Issues and the Slovak Institute for International Studies. Her technical and academic work to date has focused on the situation of minorities in transitional and post-conflict countries, with a special interest in institutional reform. KATHERINE NOBBS is Research Associate and Publications Coordinator at the European Centre for Minority Issues in Flensburg, Germany. She holds an MPhil in International Relations from the University of Cambridge, a BA in Politics from the University of Nottingham and a Graduate Diploma in Law from the College of Law, Bloomsbury.