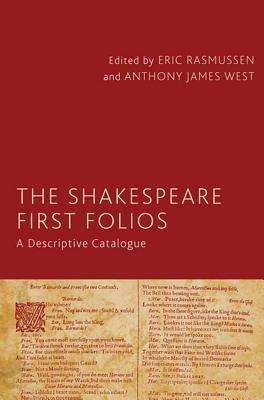 
Not On Our Shelves—Ships in 1-5 Days
This catalogue of the Shakespeare First Folio (1623) is the result of two decades of research during which 232 surviving copies of this immeasurably important book were located a remarkable 72 more than were recorded in the previous census over a century ago and examined in situ, creating an essential reference work.
ERIC RASMUSSEN is Professor of English at the University of Nevada, USA, and the Textual Editor of The RSC Shakespeare: The Complete Works. He is co-editor of the Norton Anthology of English Renaissance Drama and has edited volumes in both the Arden Shakespeare and Oxford World's Classics series. He is the General Textual Editor of the Internet Shakespeare Editions project - one of the most visited Shakespeare websites in the world. For over nine years he has written the annual review of editions and textual studies for the Shakespeare Survey.