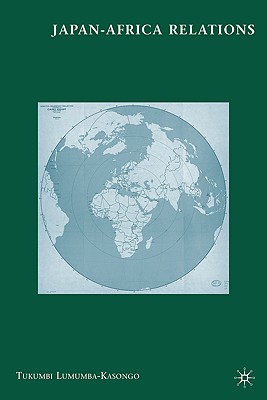 
Not On Our Shelves—Ships in 1-5 Days
Japan-Africa Relations seeks to study the complex nature of the dynamics of power relations between Japan and Africa since the Bandung Conference in 1955, with an emphasis on the period starting from the 1970s up to the present.
TUKUMBI LUMUMBA-KASONGO is Professor of Political Science at Wells College in Aurora, New York, USA.

“This book deals with an extremely important, topical and under-researched issue, namely economic relations between Africa and Japan in general and Japanese foreign economic assistance to Africa in particular. Furthermore, this is a topic on which, to this day, very few African scholars—with the notable exception of Kweku Ampiah and Sunday Agbi—have done any serious research at all.”--Guy Martin, Professor of Political Science, Winston-Salem State University, Winston-Salem, NC