The Painter's Practice: How Artists Lived and Worked in Traditional China (Bampton Lectures in America) (Paperback) 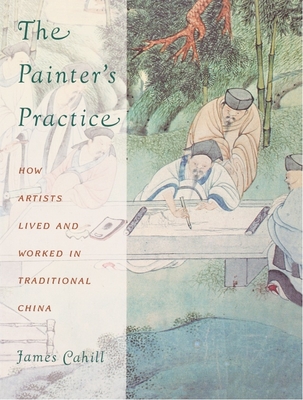 The Painter's Practice: How Artists Lived and Worked in Traditional China (Bampton Lectures in America) (Paperback)


Not On Our Shelves—Ships in 1-5 Days
In The Painter's Practice, James Cahill reveals the intricacies of the painter's life with respect to payment and patronage--an approach that is still largely absent from the study of East Asian art. Drawing upon such unofficial archival sources as diaries and letters, Cahill challenges the traditional image of the disinterested amateur scholar-artist, unconcerned with material rewards, that has been developed by China's literati, perpetuated in conventional biographies, and abetted by the artists themselves. His work fills in the hitherto unexplored social and economic contexts in which painters worked, revealing the details of how painters in China actually made their living from the sixteenth century onward. Considering the marketplace as well as the studio, Cahill reviews the practices and working conditions of artists outside the Imperial Court such as the employment of assistants and the use of sketchbooks and prints by earlier artists for sources of motifs. As loose, flamboyant brushwork came into vogue, Cahill argues, these highly imitable styles ironically facilitated the forger's task, flooding the market with copies, sometimes commissioned and signed by the artists themselves. In tracing the great shift from seeing the painting as a picture to a concentration on the painter's hand, Cahill challenges the archetype of the scholar-artist and provides an enlightened perspective that profoundly changes the way we interpret familiar paintings.
James Cahill is professor of art history at the University of California, Berkeley. His most recent book is The Compelling Image: Nature and Style in Seventeenth-Century Chinese Painting, which won the Charles Rufus Morey Award of the College Art Association.