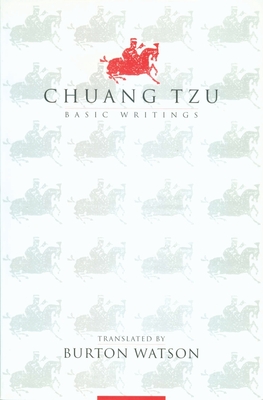 The basic writings of Chuang Tzu have been savored by Chinese readers for over two thousand years. And Burton Watson's lucid and beautiful translation has been loved by generations of readers.

Chuang Tzu (369?-286? B.C.) was a leading philosopher representing the Taoist strain in Chinese thought. Using parable and anecdote, allegory and paradox, he set forth, in the book that bears his name, the early ideas of what was to become the Taoist school. Central to these is the belief that only by understanding Tao (the Way of Nature) and dwelling in its unity can man achieve true happiness and freedom, in both life and death.

Chuang Tzu: Basic Writings includes the seven "inner chapters," which form the heart of the book, three of the "outer chapters," and one of the "miscellaneous chapters." Watson also provides an introduction, placing the philosopher in relation to Chinese history and thought.

Witty and imaginative, enriched by brilliant imagery, and making sportive use of both mythological and historical personages (including even Confucius), this timeless classic is sure to appeal to anyone interested in Chinese religion and culture.

Burton Watson is one of the world's best-known translators from the Chinese and Japanese. His translations include The Lotus Sutra, The Vimalakirti Sutra, Ryokan: Zen Monk-Poet of Japan, Saigyo: Poems of a Mountain Home, and The Columbia Book of Chinese Poetry: From Early Times to the Thirteenth Century, all published by Columbia.