Tales of Moonlight and Rain (Translations from the Asian Classics) (Paperback) 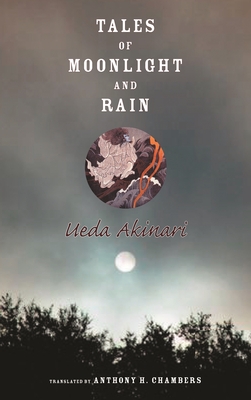 Tales of Moonlight and Rain (Translations from the Asian Classics) (Paperback)


Special Order—Subject to Availability
First published in 1776, the nine gothic tales in this collection are Japan's finest and most celebrated examples of the literature of the occult. They subtly merge the world of reason with the realm of the uncanny and exemplify the period's fascination with the strange and the grotesque. They were also the inspiration for Mizoguchi Kenji's brilliant 1953 film Ugetsu. The title Ugetsu monogatari (literally "rain-moon tales") alludes to the belief that mysterious beings appear on cloudy, rainy nights and in mornings with a lingering moon. In "Shiramine," the vengeful ghost of the former emperor Sutoku reassumes the role of king; in "The Chrysanthemum Vow," a faithful revenant fulfills a promise; "The Kibitsu Cauldron" tells a tale of spirit possession; and in "The Carp of My Dreams," a man straddles the boundaries between human and animal and between the waking world and the world of dreams. The remaining stories feature demons, fiends, goblins, strange dreams, and other manifestations beyond all logic and common sense. The eerie beauty of this masterpiece owes to Akinari's masterful combination of words and phrases from Japanese classics with creatures from Chinese and Japanese fiction and lore. Along with The Tale of Genji and The Tales of the Heike, Tales of Moonlight and Rain has become a timeless work of great significance. This new translation, by a noted translator and scholar, skillfully maintains the allure and complexity of Akinari's original prose.
Ueda Akinari (1734-1809), one of the great writers of Japanese fiction, was also a scholar, poet, physician, and tea master. Anthony H. Chambers is professor of Japanese literature and literary translation at Arizona State University. He has translated many works of Japanese literature, both classical and modern, and is the author of The Secret Window: Ideal Worlds in Tanizaki's Fiction.