Doubting the Devout: The Ultra-Orthodox in the Jewish American Imagination (Religion and American Culture) (Hardcover) 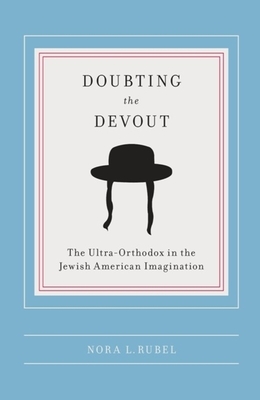 Doubting the Devout: The Ultra-Orthodox in the Jewish American Imagination (Religion and American Culture) (Hardcover)


Special Order—Subject to Availability
Before 1985, depictions of ultra-Orthodox Jews in popular American culture were rare, and if they did appear, in films such as Fiddler on the Roof or within the novels of Chaim Potok, they evoked a nostalgic vision of Old World tradition. Yet the ordination of women into positions of religious leadership and other controversial issues have sparked an increasingly visible and voluble culture war between America's ultra-Orthodox and non-Orthodox Jews, one that has found a particularly creative voice in literature, media, and film. Unpacking the work of Allegra Goodman, Tova Mirvis, Pearl Abraham, Erich Segal, Anne Roiphe, and others, as well as television shows and films such as A Price Above Rubies, Nora L. Rubel investigates the choices non-haredi Jews have made as they represent the character and characters of ultra-Orthodox Jews. In these artistic and aesthetic acts, Rubel recasts the war over gender and family and the anxieties over acculturation, Americanization, and continuity. More than just a study of Jewishness and Jewish self-consciousness, Doubting the Devout will speak to any reader who has struggled to balance religion, family, and culture.
Nora L. Rubel is assistant professor of religion and classics at the University of Rochester and teaches courses on American Judaism, religion and ethnicity, and religion in relation to American foodways.