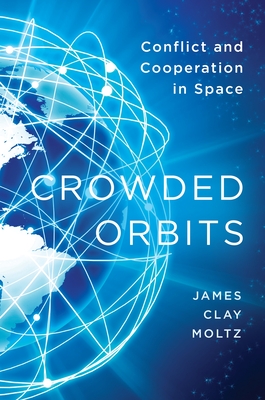 Space has become increasingly crowded since the end of the Cold War, with new countries, companies, and even private citizens operating satellites and becoming spacefarers. This book offers general readers a valuable primer on space policy from an international perspective. It examines the competing themes of space competition and cooperation while providing readers with an understanding of the basics of space technology, diplomacy, commerce, science, and military applications.

James Clay Moltz is a professor at the Naval Postgraduate School and holds a joint appointment in the Department of National Security Affairs and the Space Systems Academic Group. He is the author of The Politics of Space Security: Strategic Restraint and the Pursuit of National Interests and Asia's Space Race: National Motivations, Regional Rivalries, and International Risks. He has appeared on National Public Radio's "Science Friday" and has written on space topics for the Boston Globe, Nature, The New York Times, and the San Francisco Chronicle.