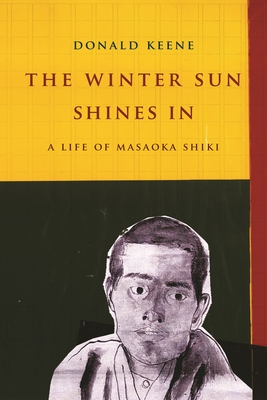 
Special Order—Subject to Availability
Rather than resist the vast social and cultural changes sweeping Japan in the nineteenth century, the poet Masaoka Shiki (1867-1902) instead incorporated new Western influences into his country's native haiku and tanka verse. By reinvigorating these traditional forms, Shiki released them from outdated conventions and made them more responsive to newer trends in artistic expression. Altogether, his reforms made the haiku Japan's most influential modern cultural export. Using extensive readings of Shiki's own writings and accounts of the poet by his contemporaries and family, Donald Keene charts Shiki's revolutionary (and often contradictory) experiments with haiku and tanka, a dynamic process that made the survival of these traditional genres possible in a globalizing world. Keene particularly highlights random incidents and encounters in his impressionistic portrait of this tragically young life, moments that elicited significant shifts and discoveries in Shiki's work. The push and pull of a profoundly changing society is vividly felt in Keene's narrative, which also includes sharp observations of other recognizable characters, such as the famous novelist and critic Natsume Soseki. In addition, Keene reflects on his own personal relationship with Shiki's work, further developing the nuanced, deeply felt dimensions of its power.
Donald Keene is Shincho Professor of Japanese Literature and University Professor Emeritus at Columbia University. He is the author of more than thirty books, and his Columbia University Press books include Emperor of Japan: Meiji and His World, 1852-1912 (2002); Frog in the Well: Portraits of Japan by Watanabe Kazan, 1793-1841 (2006); Chronicles of My Life: An American in the Heart of Japan (2008); and So Lovely a Country Will Never Perish: Wartime Diaries of Japanese Writers (2010). He is also the author of a definitive, multivolume history of Japanese literature.