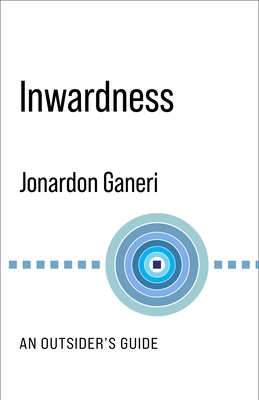 
On Our Shelves Now at:
Where do we look when we look inward? In what sort of space does our inner life take place? Augustine said that to turn inward is to find oneself in a library of memories, while the Indian Buddhist tradition holds that we are self-illuminating beings casting light onto a world of shadows. And a disquieting set of dissenters has claimed that inwardness is merely an illusion--or, worse, a deceit. Jonardon Ganeri explores philosophical reflections from many of the world's intellectual cultures, ancient and modern, on how each of us inhabits an inner world. In brief and lively chapters, he ranges across an unexpected assortment of diverse thinkers: Buddhist, Hindu, Islamic, Chinese, and Western philosophy and literature from the Upaniṣads, Socrates, and Avicenna to Borges, Simone Weil, and Rashōmon. Ganeri examines the various metaphors that have been employed to explain interiority--shadows and mirrors, masks and disguises, rooms and enclosed spaces--as well as the interfaces and boundaries between inner and outer worlds. Written in a cosmopolitan spirit, this book is a thought-provoking consideration of the value--or peril--of turning one's gaze inward for all readers who have sought to map the geography of the mind.
Jonardon Ganeri is Bimal K. Matilal Distinguished Professor of Philosophy at the University of Toronto. His books include The Self: Naturalism, Consciousness, and the First-Person Stance (2012) and The Lost Age of Reason: Philosophy in Early Modern India, 1450-1700 CE (2011). He is a fellow of the British Academy and a recipient of the Infosys Prize in the Humanities.