Parks for Profit: Selling Nature in the City (Paperback) 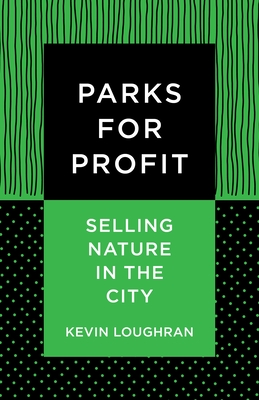 Parks for Profit: Selling Nature in the City (Paperback)


Not On Our Shelves—Ships in 1-5 Days
A new kind of city park has emerged in the early twenty-first century. Postindustrial parks transform the derelict remnants of an urban past into distinctive public spaces that meld repurposed infrastructure, wild-looking green space, and landscape architecture. For their proponents, they present an opportunity to turn disused areas into neighborhood anchors, with a host of environmental and community benefits. Yet there are clear economic motives as well--successful parks have helped generate billions of dollars of city tax revenues and real estate development. Kevin Loughran explores the High Line in New York, the Bloomingdale Trail/606 in Chicago, and Buffalo Bayou Park in Houston to offer a critical perspective on the rise of the postindustrial park. He reveals how elites deploy the popularity and seemingly benign nature of parks to achieve their cultural, political, and economic goals. As urban economies have become restructured around finance, real estate, tourism, and cultural consumption, parks serve as civic shields for elite-oriented investment. Tracing changing ideas about cities and nature and underscoring the centrality of race and class, Loughran argues that postindustrial parks aestheticize past disinvestment while serving as green engines of gentrification. A wide-ranging investigation of the political, cultural, and economic forces shaping park development, Parks for Profit reveals the social inequalities at the heart of today's new urban landscape.
Kevin Loughran is an assistant professor of sociology at Temple University.