Russian Energy Chains: The Remaking of Technopolitics from Siberia to Ukraine to the European Union (Woodrow Wilson Center) (Paperback) 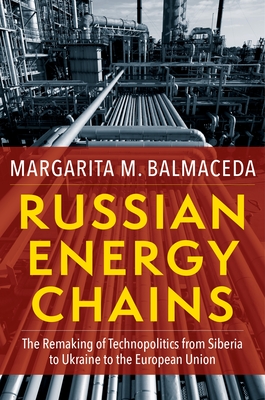 Russian Energy Chains: The Remaking of Technopolitics from Siberia to Ukraine to the European Union (Woodrow Wilson Center) (Paperback)


In Stock—Click for Locations
Russia's use of its vast energy resources for leverage against post-Soviet states such as Ukraine is widely recognized as a threat. Yet we cannot understand this danger without also understanding the opportunity that Russian energy represents. From corruption-related profits to transportation-fee income to subsidized prices, many within these states have benefited by participating in Russian energy exports. To understand Russian energy power in the region, it is necessary to look at the entire value chain--including production, processing, transportation, and marketing--and at the full spectrum of domestic and external actors involved, from Gazprom to regional oligarchs to European Union regulators. This book follows Russia's three largest fossil-fuel exports--natural gas, oil, and coal--from production in Siberia through transportation via Ukraine to final use in Germany in order to understand the tension between energy as threat and as opportunity. Margarita M. Balmaceda reveals how this dynamic has been a key driver of political development in post-Soviet states in the period between independence in 1991 and Russia's annexation of Crimea in 2014. She analyzes how the physical characteristics of different types of energy, by shaping how they can be transported, distributed, and even stolen, affect how each is used--not only technically but also politically. Both a geopolitical travelogue of the journey of three fossil fuels across continents and an incisive analysis of technology's role in fossil-fuel politics and economics, this book offers new ways of thinking about energy in Eurasia and beyond.
Margarita M. Balmaceda is a professor of diplomacy and international relations at Seton Hall University. She is also an associate at Harvard University's Davis Center for Russian and Eurasian Studies and at the Harvard Ukrainian Research Institute. Her books include The Politics of Energy Dependency: Ukraine, Belarus, and Lithuania Between Domestic Oligarchs and Russian Pressure (2013) and Living the High Life in Minsk: Russian Energy Rents, Domestic Populism, and Belarus' Impending Crisis (2014).