In the Shelter of the Pine: A Memoir of Yanagisawa Yoshiyasu and Tokugawa Japan (Translations from the Asian Classics) (Paperback) 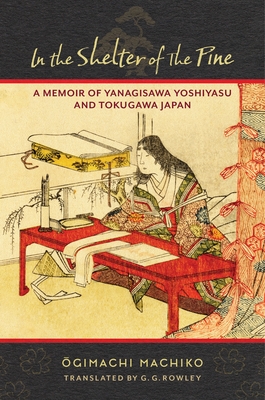 In the Shelter of the Pine: A Memoir of Yanagisawa Yoshiyasu and Tokugawa Japan (Translations from the Asian Classics) (Paperback)


Not On Our Shelves—Ships in 1-5 Days
In the early eighteenth century, the noblewoman Ōgimachi Machiko composed a memoir of Yanagisawa Yoshiyasu, the powerful samurai for whom she had served as a concubine for twenty years. Machiko assisted Yoshiyasu in his ascent to the rank of chief adjutant to the Tokugawa shogun. She kept him in good graces with the imperial court, enabled him to study poetry with aristocratic teachers and have his compositions read by the retired emperor, and gave birth to two of his sons. Writing after Yoshiyasu's retirement, she recalled it all--from the glittering formal visits of the shogun and his entourage to the passage of the seasons as seen from her apartments in the Yanagisawa mansion. In the Shelter of the Pine is the most significant work of literature by a woman of Japan's early modern era. Featuring Machiko's keen eye for detail, strong narrative voice, and polished prose studded with allusions to Chinese and Japanese classics, this memoir sheds light on everything from the social world of the Tokugawa elite to the role of literature in women's lives. Machiko modeled her story on The Tale of Genji, illustrating how the eleventh-century classic continued to inspire its female readers and provide them with the means to make sense of their experiences. Elegant, poetic, and revealing, In the Shelter of the Pine is a vivid portrait of a distant world and a vital addition to the canon of Japanese literature available in English.
G. G. Rowley teaches English and Japanese literature at Waseda University in Tokyo. She is the author or translator of several biographies of Japanese women, including An Imperial Concubine's Tale: Scandal, Shipwreck, and Salvation in Seventeenth-Century Japan (Columbia, 2013) and Autobiography of a Geisha (Columbia, 2003).