The Backstreets: A Novel from Xinjiang (Hardcover) 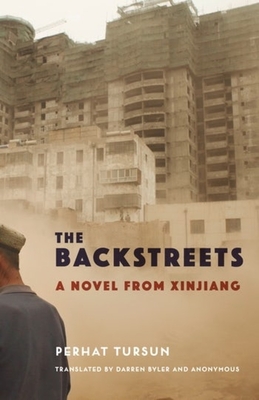 The Backstreets: A Novel from Xinjiang (Hardcover)


Not On Our Shelves—Ships in 1-5 Days
The Backstreets is an astonishing novel by a preeminent contemporary Uyghur author who was disappeared by the Chinese state. It follows an unnamed Uyghur man who comes to the impenetrable Chinese capital of Xinjiang after finding a temporary job in a government office. Seeking to escape the pain and poverty of the countryside, he finds only cold stares and rejection. He wanders the streets, accompanied by the bitter fog of winter pollution, reciting a monologue of numbers and odors, lust and loathing, memories and madness. Perhat Tursun's novel is a work of untrammeled literary creativity. His evocative prose recalls a vast array of canonical world writers--contemporary Chinese authors such as Mo Yan; the modernist images and rhythms of Camus, Dostoevsky, and Kafka; the serious yet absurdist dissection of the logic of racism in Ellison's Invisible Man--while drawing deeply on Uyghur literary traditions and Sufi poetics and combining all these disparate influences into a style that is distinctly Tursun's own. The Backstreets is a stark fable about urban isolation and social violence, dehumanization and the racialization of ethnicity. Yet its protagonist's vivid recollections of maternal tenderness and first love reveal how memory and imagination offer profound forms of resilience. A translator's introduction situates the novel in the political atmosphere that led to the disappearance of both the author and his work.
Perhat Tursun is a leading Uyghur writer, poet, and social critic from the Xinjiang Uyghur Autonomous Region. He has published many short stories and poems as well as three novels, including the controversial 1999 novel The Art of Suicide, decried as anti-Islamic. In 2018, he was detained by the Chinese authorities and was reportedly given a sixteen-year prison sentence. Darren Byler is assistant professor of international studies at Simon Fraser University and author of In the Camps: China's High-Tech Penal Colony (2021). His anonymous cotranslator, who disappeared in 2017, is presumed to be in the reeducation camp system in northwest China.