Sacred Kingship in World History: Between Immanence and Transcendence (Paperback) 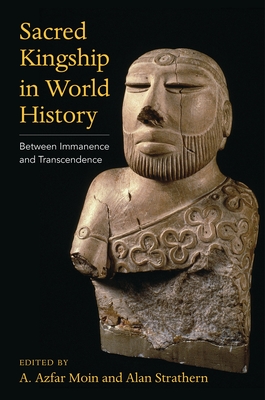 Sacred Kingship in World History: Between Immanence and Transcendence (Paperback)


Not On Our Shelves—Ships in 1-5 Days
Sacred kingship has been the core political form, in small-scale societies and in vast empires, for much of world history. This collaborative and interdisciplinary book recasts the relationship between religion and politics by exploring this institution in long-term and global comparative perspective. Editors A. Azfar Moin and Alan Strathern present a theoretical framework for understanding sacred kingship, which leading scholars reflect on and respond to in a series of essays. They distinguish between two separate but complementary religious tendencies, immanentism and transcendentalism, which mold kings into divinized or righteous rulers, respectively. Whereas immanence demands priestly and cosmic rites from kings to sustain the flourishing of life, transcendence turns the focus to salvation and subordinates rulers to higher ethical objectives. Secular modernity does not end the struggle between immanence and transcendence--flourishing and righteousness--but only displaces it from kings onto nations and individuals. After an essay by Marshall Sahlins that ranges from the Pacific to the Arctic, the book contains chapters on religion and kingship in settings as far-flung as ancient Egypt, classical Greece, medieval Islam, Mughal India, modern European drama, and ISIS. Sacred Kingship in World History sheds new light on how religion has constructed rulership, with implications spanning global history, religious studies, political theory, and anthropology.
A. Azfar Moin is associate professor and chair of religious studies at the University of Texas at Austin. He is the author of The Millennial Sovereign: Sacred Kingship and Sainthood in Islam (Columbia, 2012). Alan Strathern is associate professor of history at the University of Oxford and tutor and fellow at Brasenose College. His books include Unearthly Powers: Religious and Political Change in World History (2019).