Queen Elizabeth II: A Celebration of Her Life and Reign (Hardcover) 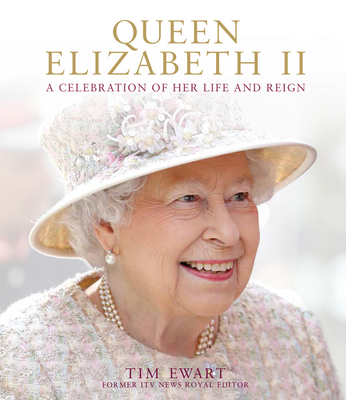 Queen Elizabeth II: A Celebration of Her Life and Reign (Hardcover)


Special Order—Subject to Availability
Former ITV Royal Editor Tim Ewart looks at the life and reign of the woman who has become one of the United Kingdom's best-loved monarchs, Queen Elizabeth II. With many unique images from the Royal Archives, this beautifully illustrated book--updated to include William and Kate's marriage and Prince Harry's engagement to Meghan Markle--covers everything from royal tours to state visits, day-to-day engagements to family festivities and grand occasions. It examines the remarkable events that have unfolded during the Queen's rule, and how she maintains traditions that link the United Kingdom with a history stretching back more than a thousand years. Important reproductions include the 1939 speech that then-Princess Elizabeth broadcast to the children of the Commonwealth; the design for the Queen's wedding dress by Sir Norman Hartnell; and an invitation to a garden party at Buckingham Palace.
Tim Ewart was the ITV News Royal Correspondent; one of his first jobs was as part of the team covering the marriage of the Prince of Wales and Lady Diana Spencer. Tim then spent many years as a foreign correspondent, and then in Washington, Moscow, and Johannesburg. He left ITV News in 2017.