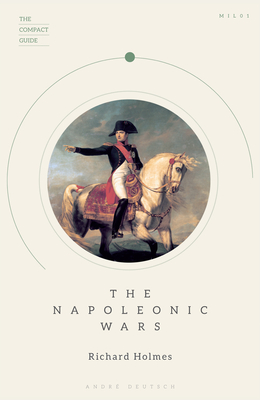 
Not On Our Shelves—Ships in 1-5 Days
Written by one of Britain's best known and most respected military historians, this is the essential account of the Napoleonic campaigns. Now in a new condensed and accessible edition This is popular history at its most engrossing, providing a vivid introduction to Napoleon's astonishing career and his effect on world history. A charismatic and astute military leader, Napoleon built an empire in a series of astounding campaigns from 1796 to 1812, winning many of the most famous battles of all time. At the height of his powers most of Europe was under his control, from Portugal to Moscow. Bestselling author Richard Holmes brings the era's great battles to life while he recounts in detail how Napoleon transformed France's administrative, educational, and legal systems, and forged a pattern that shapes modern governments to this day.
Richard Holmes was one of the UK's leading military historians. As well as being the General Editor of the Oxford Companion to Military History, he presented several documentary series for the BBC. His books include The First World War in Photographs, World War II in Photographs, D-Day Remembered, as well as Tommy: The British Soldier on the Western Front and Wellington: The Iron Duke and Red Coat.