Imagining Autism: Fiction and Stereotypes on the Spectrum (Hardcover) 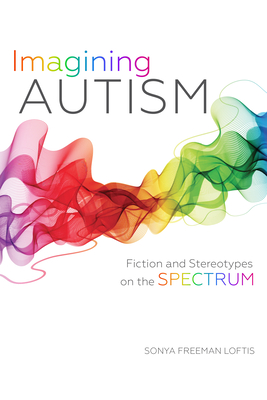 Imagining Autism: Fiction and Stereotypes on the Spectrum (Hardcover)

A disorder that is only just beginning to find a place in disability studies and activism, autism remains in large part a mystery, giving rise to both fear and fascination. Sonya Freeman Loftis's groundbreaking study examines literary representations of autism or autistic behavior to discover what impact they have had on cultural stereotypes, autistic culture, and the identity politics of autism. Imagining Autism looks at fictional characters (and an author or two) widely understood as autistic, ranging from Conan Doyle's Sherlock Holmes and Harper Lee's Boo Radley to Mark Haddon's boy detective Christopher Boone and Steig Larsson's Lisbeth Salander. The silent figure trapped inside himself, the savant made famous by his other-worldly intellect, the brilliant detective linked to the criminal mastermind by their common neurology--these characters become protean symbols, stand-ins for the chaotic forces of inspiration, contagion, and disorder. They are also part of the imagined lives of the autistic, argues Loftis, sometimes for good, sometimes threatening to undermine self-identity and the activism of the autistic community.

Sonya Freeman Loftis is Assistant Professor of English at Morehouse College, where she specializes in Shakespeare and disability studies. Her work has appeared in Disability Studies Quarterly, Shakespeare Bulletin, SHAW: The Annual of Bernard Shaw Studies, and South Atlantic Review.