Ruth Blau: A Life of Paradox and Purpose (Perspectives on Israel Studies) (Hardcover) 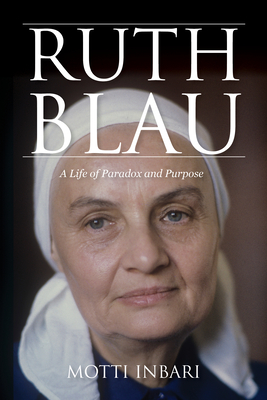 Ruth Blau: A Life of Paradox and Purpose (Perspectives on Israel Studies) (Hardcover)

Ruth Blau: A Life of Paradox and Purpose explores the life of a curious, if not mysterious, character in modern Jewish history. Born a French Catholic, Ruth Blau (Ben-David) (1920-2000) lived a constantly twisting life. During World War II, Blau was active in the French Resistance, and under their command, she joined the Gestapo as a double agent. After the war, she studied philosophy as a PhD candidate at the Sorbonne during the 1950s.

After converting to Judaism and moving to Israel in 1960, Blau was involved in concealing Yossele Schumacher, a seven-year-old child, as part of a militant conflict between ultra-Orthodox and secular Jews in Israel. In 1965, despite a huge scandal, she married Amram Blau, head of the anti-Zionist ultra-Orthodox Neturei Karta. After the death of her husband in 1973, Blau took upon herself to travel to Arab countries to help the Jewish communities in distress in Lebanon and Iran, where she met Yasser Arafat, head of the Palestinian Liberation Organization, and his deputy Abu Jihad. But the most significant connections she made were in Iran. In 1979, she met with the leader of the Iranian revolution, Ayatollah Khomeini.

Ruth Blau: A Life of Paradox and Purpose represents the first full-length biography of this remarkable woman. Drawing on a trove of archival materials and interviews with those who knew Ruth, Motti Inbari offers a complex, multifaceted portrait of a woman undertaking a remarkable and influential journey through modern European and Middle Eastern history.

Motti Inbari is Professor of Jewish Studies at the University of North Carolina at Pembroke. Inbari is author/editor of nine books, including The Making of Modern Jewish Identity: Ideological Change and Religious Conversion and Jewish Radical Ultra-Orthodoxy Confronts Modernity, Zionism and Women's Equality. His manuscript on Ruth Blau won several pre-publication awards.