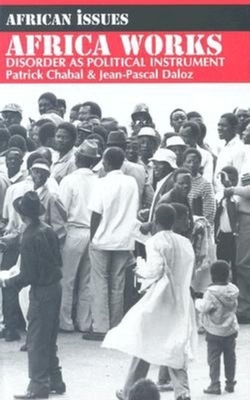 How do political systems in Africa work? Is the real business of politics taking place outside the scope of standard political analysis, in an informal or more personalised setting? How are the prospects for reform and renewal in African societies affected by the emerging elites? Is modernisation in Africa different? Are there within African countries social, political and cultural factors which aspire to the continuation of patrimony and conspire against economic development?

Relations of power between rulers and the ruled continue to inform the role of the state and the expectations of the newly emphasized civil society. The question of identity, the resurgence of ethnicity and its attendant tribal politics, the growing importance of African religions and the increasing resort to extreme and often ritualised violence in situations of civil disorder, point to a process of re-traditionalising in African societies

Patrick Chabal is Professor of Lusophone African Studies at King's College, London.Jean-Pascal Daloz is a Senior CNRS Researcher at the Centre d'Etude d'Afrique Noire in Bordeaux.