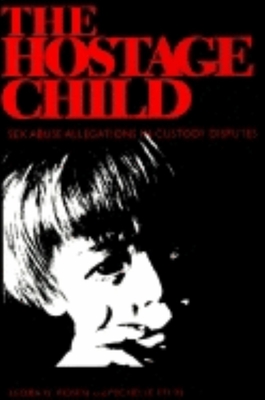 
Not On Our Shelves—Ships in 1-5 Days
"This cogently-argued book is a timely contribution to the general literature on child sexual abuse." --British Journal of Social Work

" The authors] have gathered information on 206 cases and focus on five representative examples that illustrate what they see as an increasing anti-mother bias in the courts. These five cases of the failure to safeguard children are . . . effective . . . Whatever may have happened in the past, the authors make a well-researched, convincing . . . case that the pendulum has now swung the other way. Now many lawyers, child advocates, psychologists and judges accept a 'crazy mother' or 'vindictive ex-' syndrome, thus allowing real perpetrators to continue abuse with no supervision. . . . In these cases, judges acquiesce to a paternalistic myth of the American family and in so doing, ignore the reality of American children." --Publishers Weekly (starred review)

"A needed assessment of a terrible problem." --Booklist

"Without anger, or hysteria, Rosen and Etlin document the interlocking, complex ways in which our antiquated system fails incested children and those who struggle to protect them. Just as important, they propose an innovative solution. This is 'must' reading for anyone interested in the problem of child sexual abuse." --Elizabeth Morgan, M.D., Ph.D.

It is comfortable to believe that incest and child sexual abuse need not concern us because we have institutions set up to deal with these problems. This book disallows that comfort and shows that the system has failed, and worse--that it has generated a dangerous atmosphere of denial and cover-up. While Rosen and Etlin expose a system whose breakdown is shocking and fundamental, at the same time they present a proposal for relief for the children who are now trapped--like hostages--in this social war.
LEORA N. ROSEN earned a doctorate in Social Anthropology from Witwatersrand University, in her native South Africa, and a Masters of Public Health from Columbia University. She took part in the campaign to free Elizabeth Morgan, was one of the founders of Alliance for the Rights of Children, and helped start Operation Z, a child-advocacy organization. MICHELLE ETLIN is a volunteer activist and advocate for mothers and children. A philosophical founding mother of Operation Z, she has appeared on national television programs on custody and child abuse, including Geraldo, Cross-Fire, and Headlines on Trial.