Makers of the Microchip: A Documentary History of Fairchild Semiconductor (Hardcover) 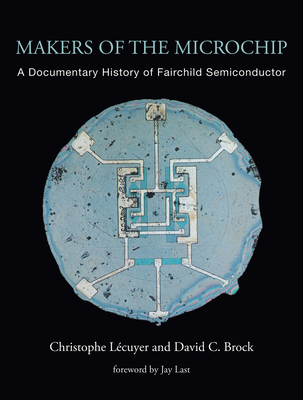 Makers of the Microchip: A Documentary History of Fairchild Semiconductor (Hardcover)


Special Order—Subject to Availability
The first years of the company that developed the microchip and created the model for a successful Silicon Valley start-up.

In the first three and a half years of its existence, Fairchild Semiconductor developed, produced, and marketed the device that would become the fundamental building block of the digital world: the microchip. Founded in 1957 by eight former employees of the Schockley Semiconductor Laboratory, Fairchild created the model for a successful Silicon Valley start-up: intense activity with a common goal, close collaboration, and a quick path to the market (Fairchild's first device hit the market just ten months after the company's founding). Fairchild Semiconductor was one of the first companies financed by venture capital, and its success inspired the establishment of venture capital firms in the San Francisco Bay area. These firms would finance the explosive growth of Silicon Valley over the next several decades. This history of the early years of Fairchild Semiconductor examines the technological, business, and social dynamics behind its innovative products. The centerpiece of the book is a collection of documents, reproduced in facsimile, including the company's first prospectus; ideas, sketches, and plans for the company's products; and a notebook kept by cofounder Jay Last that records problems, schedules, and tasks discussed at weekly meetings. A historical overview, interpretive essays, and an introduction to semiconductor technology in the period accompany these primary documents.

Christophe Lécuyer is Professor of the History of Science and Technology at Université Pierre et Marie Curie and the author of Making Silicon Valley: Innovation and the Growth of High Tech, 1930-1970 (MIT Press, 2005).

David C. Brock is Senior Research Fellow at the Chemical Heritage Foundation's Center for Contemporary History and the editor of Understanding Moore's Law: Four Decades of Innovation.
Christophe Lecuyer and David Brock's Makers of the Microchip is...a welcome addition to this literature, filling an important gap in our understanding.—Michael Riordan, Technology and Culture—

The book stands on its own as a solidly researched (not to mention beautifully produced) presentation of the most important years in the history of a landmark firm and its products.

Makers of the Microchip is no ordinary recounting of events...Because of the book's format, you'll breeze through it while learning the hows and whys of the company and its techology.

The book makes fascinating reading for those already familiar with the business or technology of microelectronics, and has a helpful glossary and explanation for general readers unfamiliar with the technicalities of semiconductor manufacturing...Highly recommended.