Now the Chips Are Down: The BBC Micro (Platform Studies) (Hardcover) 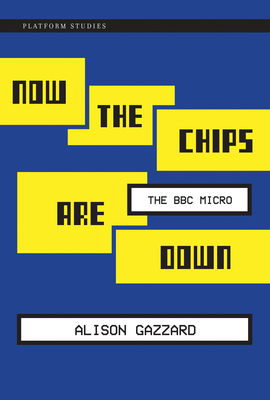 Now the Chips Are Down: The BBC Micro (Platform Studies) (Hardcover)


Special Order—Subject to Availability
The story of a pioneering microcomputer: its beginnings as part of a national Computer Literary Project, its innovative hardware, and its creative uses.

In 1982, the British Broadcasting Corporation launched its Computer Literacy Project, intended “to introduce interested adults to the world of computers and computing.” The BBC accompanied this initiative with television programs, courses, books, and software—an early experiment in multi-platform education. The BBC, along with Acorn Computers, also introduced the BBC Microcomputer, which would be at the forefront of the campaign. The BBC Micro was designed to meet the needs of users in homes and schools, to demystify computing, and to counter the general pessimism among the media in Britain about technology. In this book, Alison Gazzard looks at the BBC Micro, examining the early capabilities of multi-platform content generation and consumption and the multiple literacies this approach enabled—not only in programming and software creation, but also in accessing information across a range of media, and in “do-it-yourself” computing. She links many of these early developments to current new-media practices.

Gazzard looks at games developed for the BBC Micro, including Granny's Garden, an educational game for primary schools, and Elite, the seminal space-trading game. She considers the shift in focus from hardware to peripherals, describing the Teletext Adapter as an early model for software distribution and the Domesday Project (which combined texts, video, and still photographs) as a hypermedia-like experience.

Gazzard's account shows the BBC Micro not only as a vehicle for various literacies but also as a user-oriented machine that pushed the boundaries of what could be achieved in order to produce something completely new.

Alison Gazzard is a Lecturer in Media Arts and Education at the UCL Institute of Education at University College London.