The Book of Michael of Rhodes, Volume 3 - Studies: A Fifteenth-Century Maritime Manuscript (Hardcover) 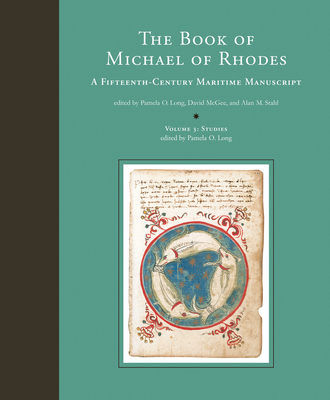 The Book of Michael of Rhodes, Volume 3 - Studies: A Fifteenth-Century Maritime Manuscript (Hardcover)


Special Order—Subject to Availability
Essays explore the world of Michael of Rhodes, examining the historical context, the discovery of his manuscript, and Michael's knowledge of mathematics, shipbuilding, navigation, and other topics.

In the fifteenth century, a Venetian mariner, Michael of Rhodes, wrote and illustrated a text describing his experiences in the Venetian merchant and military fleets. He included a treatise on commercial mathematics and treatments of contemporary shipbuilding practices, navigation, calendrical systems, and astrological ideas. This manuscript, “lost,” or at least in unknown hands for over 400 years, has never been published or translated in its entirety until now. In volume 3, nine experts, including the editors, discuss the manuscript, its historical context, and its scholarly importance. Their essays examine the Venetian maritime world of the fifteenth century, Michael's life, the discovery of the manuscript, the mathematics in the book, the use of illustration, the navigational directions, Michael's knowledge of shipbuilding in the Venetian context, and the manuscript's extensive calendrical material.

Pamela O. Long is an independent historian who has published widely in medieval and Renaissance history of science and technology.

Pamela O. Long is an independent historian who has published widely in medieval and Renaissance history of science and technology.

Alan M. Stahl is a medieval historian specializing in Venice and is Curator of Numismatics at Princeton University. McGee, Stahl, and Long are codirectors of the Michael of Rhodes project.

David McGee, formerly Research Associate and Head of Secondary Acquisitions at the Dibner Institute's Burndy Library, is an independent scholar, working recently with the Canadian Science and Technology Museum.
[A] fascinating document concerning the life, interests, and skills of an early modern sailor.—Journal of Folklore Research—