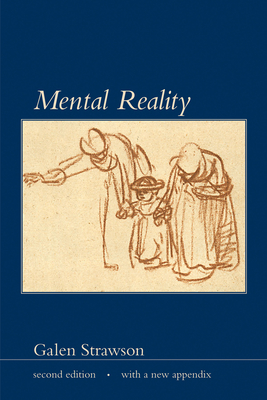 
Special Order—Subject to Availability
An argument against neobehaviorism and for "naturalized Cartesianism," which couples a wholly materialist approach to the mind with a fully realist attitude to the phenomena of conscious experience.

In Mental Reality, Galen Strawson argues that much contemporary philosophy of mind gives undue primacy of place to publicly observable phenomena, nonmental phenomena, and behavioral phenomena (understood as publicly observable phenomena) in its account of the nature of mind. It does so at the expense of the phenomena of conscious experience. Strawson describes an alternative position, "naturalized Cartesianism," which couples the materialist view that mind is entirely natural and wholly physical with a fully realist account of the nature of conscious experience. Naturalized Cartesianism is an adductive (as opposed to reductive) form of materialism. Adductive materialists don't claim that conscious experience is anything less than we ordinarily conceive it to be, in being wholly physical. They claim instead that the physical is something more than we ordinarily conceive it to be, given that many of the wholly physical goings on in the brain constitute—literally are—conscious experiences as we ordinarily conceive them.

Since naturalized Cartesianism downgrades the place of reference to nonmental and publicly observable phenomena in an adequate account of mental phenomena, Strawson considers in detail the question of what part such reference still has to play. He argues that it is a mistake to think that all behavioral phenomena are publicly observable phenomena.This revised and expanded edition of Mental Reality includes a new appendix, which thoroughly revises the account of intentionality given in chapter 7.

Galen Strawson taught philosophy at the University of Oxford for twenty years before moving to the University of Reading in 2001. He was Distinguished Professor of Philosophy at the City University of New York Graduate Center from 2004-2007.
Praise for the first edition: In Mental Reality, Galen Strawson tries to determine what the fundamental and difficult questions about the mind are, and to answer them. His answers are iconoclastic and brilliant, especially his sustained criticism of behaviorism, functionalism and of certain ideas associated with Wittgenstein.—Paul Snowdon, Philosophy and Phenomenological Research—

Praise for the first edition: Perhaps the most detailed and convincing refutation of behaviorism given yet in philosophy.

Praise for the first edition: Strawson's inquiry explores a remarkable range of hard questions with care and insight.