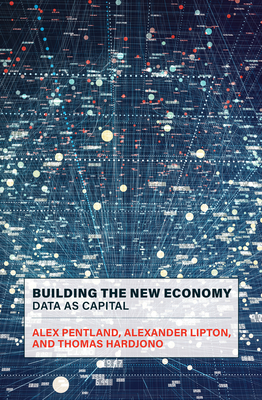 
Not On Our Shelves—Ships in 1-5 Days
How to empower people and communities with user-centric data ownership, transparent and accountable algorithms, and secure digital transaction systems.

Data is now central to the economy, government, and health systems—so why are data and the AI systems that interpret the data in the hands of so few people? Building the New Economy calls for us to reinvent the ways that data and artificial intelligence are used in civic and government systems. Arguing that we need to think about data as a new type of capital, the authors show that the use of data trusts and distributed ledgers can empower people and communities with user-centric data ownership, transparent and accountable algorithms, machine learning fairness principles and methodologies, and secure digital transaction systems.

It’s well known that social media generate disinformation and that mobile phone tracking apps threaten privacy. But these same technologies may also enable the creation of more agile systems in which power and decision-making are distributed among stakeholders rather than concentrated in a few hands. Offering both big ideas and detailed blueprints, the authors describe such key building blocks as data cooperatives, tokenized funding mechanisms, and tradecoin architecture. They also discuss technical issues, including how to build an ecosystem of trusted data, the implementation of digital currencies, and interoperability, and consider the evolution of computational law systems.

Alex “Sandy” Pentland directs the MIT-wide initiative MITConnection Science. Called one of the “seven most powerful data scientists in the world” by Forbes, he has cofounded more than a dozen companies and is the author of Honest Signals (MIT Press) and Social Physics. Alexander Lipton is Professor and Dean’s Fellow at the Jerusalem Business School at the Hebrew University of Jerusalem, Cofounder and Chief Information Officer at Sila, and Connection Fellow at MIT. Thomas Hardjono is Technology Director of the MIT Connection Science and the MIT Trust::Data Consortium.