The Squares: US Physical and Engineering Scientists in the Long 1970s (Inside Technology) (Paperback) 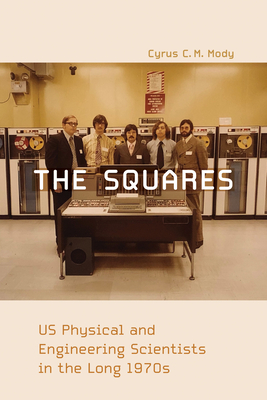 The Squares: US Physical and Engineering Scientists in the Long 1970s (Inside Technology) (Paperback)


Not On Our Shelves—Ships in 1-5 Days
When ungroovy scientists did groovy science: how non-activist scientists and engineers adapted their work to a rapidly changing social and political landscape.

In The Squares, Cyrus Mody shows how, between the late 1960s and the early 1980s, some scientists and engineers who did not consider themselves activists, New Leftists, or members of the counterculture accommodated their work to the rapidly changing social and political landscape of the time. These “square scientists,” Mody shows, began to do many of the things that the counterculture urged: turn away from military-industrial funding, become more interdisciplinary, and focus their research on solving problems of civil society. During the period Mody calls “the long 1970s,” ungroovy scientists were doing groovy science.

Mody offers a series of case studies of some of these collective efforts by non-activist scientists to use their technical knowledge for the good of society. He considers the region around Santa Barbara and the interplay of public universities, think tanks, established firms, new companies, philanthropies, and social movement organizations. He looks at Stanford University’s transition from Cold War science to commercialized technoscience; NASA’s search for a post-Apollo mission; the unsuccessful foray into solar energy by Nobel laureate Jack Kilby; the “civilianization” of the US semiconductor industry; and systems engineer Arthur D. Hall’s ill-fated promotion of automated agriculture.
Cyrus C. M. Mody is Professor of the History of Science, Technology, and Innovation and Director of the Maastricht University Science, Technology and Society Studies program. He is the author of Instrumental Community: Probe Microscopy and the Path to Nanotechnology and The Long Arm of Moore's Law: Microelectronics and American Science (both published by the MIT Press).