Enthusiasm: A Chapter in the History of Religion (Paperback) 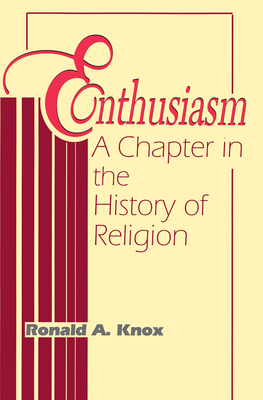 Enthusiasm: A Chapter in the History of Religion (Paperback)

By Ronald a. Knox


Not On Our Shelves—Ships in 1-5 Days
Enthusiasm, first published in 1950 by Ronald A. Knox, is the end product of thirty years of research and inspiration. In his perceptive and learned study Knox presents the personalities and religious philosophies of the various types of enthusiasts of the seventeenth and eighteenth centuries: the monatists; donatists; anabaptists; Quakers; Jansenism; quietism; methodism; and other movements.
The late Right Reverend Monsignor Ronald A. Knox was Catholic Chaplain at Oxford University from 1926 to 1939 and domestic prelate to His Holiness Pope Pius XII in 1936. He was an honorary fellow of Trinity College, Oxford, editor of The Holy Bible: An Abridgement and Rearrangement, as well as translator of both the Old and New Testaments.