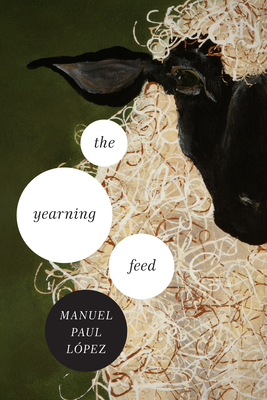 The poems in Manuel Paul L pez's The Yearning Feed, winner of the 2013 Ernest Sandeen Prize in Poetry, are embedded in the San Diego/Imperial Valley regions, communities located along the U.S.-Mexico border. L pez, an Imperial Valley native, considers La Frontera, or the border, as magical, worthy of Macondo-like comparisons, where contradictions are firmly rooted and ironies play out on a daily basis. These poems synthesize L pez's knowledge of modern and contemporary literature with a border-child vernacular sensibility to produce a work that illustrates the ongoing geographical and literary historical clash of cultures.

With humor and lyrical intensity, L pez addresses familial relationships, immigration, substance abuse, violence, and, most importantly, the affirmation of life. In the poem titled Psalm, the speaker experiences a deep yearning to relearn his family's Spanish tongue, a language lost somewhere in the twelve-mile stretch between his family's home, his school, and the border. The poem "1984" borrows the prose-poetics of Joe Brainard, who was known for his collage and assemblage work of the 1960s and 1970s, to describe the poet's bicultural upbringing in the mid-1980s. Many of the poems in The Yearning Feed use a variety of media, techniques, and cultural signifiers to create a hybrid visual language that melds "high" art with low. The poems in The Yearning Feed establish L pez as a singular and revelatory voice in American poetry, one who challenges popular perceptions of the border region and uses the unique elements of the rich border experience to inform and guide his aesthetics.