Integrating the Sixties: The Origins, Structures, and Legitimacy of Public Policy in a Turbulent Decade (Issues in Policy History #5) (Paperback) 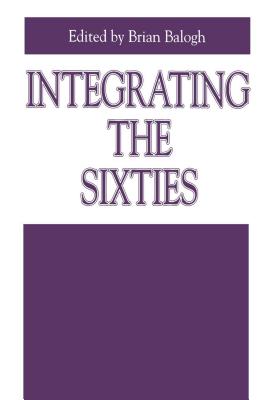 Integrating the Sixties: The Origins, Structures, and Legitimacy of Public Policy in a Turbulent Decade (Issues in Policy History #5) (Paperback)

Each essay in this volume sheds light on an important aspect of the decade--actually a decade and half--known as the Sixties. The Sixties are famous for the diverse social movements that threatened the essence of American public policy and mainstream society and changed those very entities in fundamental ways. These essays juxtapose the dramatic narratives of social movements, including civil rights, women's liberation, and antiwar protest, and the Cold War liberalism that spawned them. The contributors are two political scientists, several historians influenced by the social sciences, and the senior staff attorney for the NOW Legal Defense and Education Fund.

Brian Balogh is Associate Professor of History at the University of Virginia. He is the author of Chain Reaction: Expert Debate and Public Participation in American Commercial Nuclear Power 1945-1975 (1991).