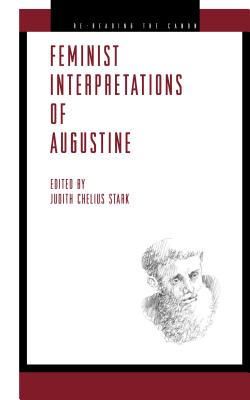 Since the establishment of Christianity in the West as a major religious tradition, Augustine (354-430 CE) has been considered a principal architect of the ways philosophy can be used for reasoning about faith. In particular, Augustine effected the joining of Platonism with Christian belief for the Middle Ages and beyond. The results of his enterprise continue to be felt, especially with regard to the contested topics of human embodiment, sexuality, and the nature and roles of women. As a result, few thinkers have been as problematic for feminists as he has been. He is the thinker that a number of feminists love to hate.

What do feminist thinkers make of this problematic legacy? These lively essays address that question and provide thoughtful arguments for the value of engaging Augustine's ideas and texts anew by using the well-established methodologies that feminists have developed over the last thirty years. Augustine and his legacy have much to answer for, but these essays show that the body of his work also has much to offer as feminists explore, challenge, and reframe his thinking while forging new paradigms for construing gender, power, and notions of divinity.