Reflections on Time and Politics (Hardcover) 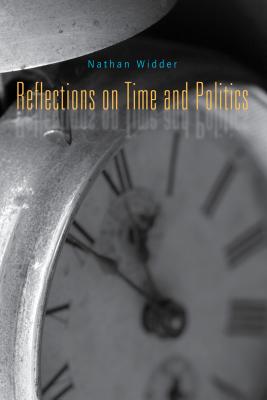 Reflections on Time and Politics (Hardcover)

Recent philosophical debates have moved beyond proclamations of the "death of philosophy" and the "death of the subject" to consider more positively how philosophy can be practiced and the human self can be conceptualized today. Inspired by the writings of Nietzsche, Bergson, and Deleuze, rapid changes related to globalization, and advances in evolutionary biology and neuroscience, these debates have generated a renewed focus on time as an active force of change and novelty. Rejecting simple linear models of time, these strands of thought have provided creative alternatives to a traditional reliance on fixed boundaries and stable identities that has proven unable to grapple with the intense speeds and complexities of contemporary life. In this book, Nathan Widder contributes to these debates, but also goes significantly beyond them. Holding that current writings remain too focused on time's movement, he examines more fundamentally time's structure and its structural ungrounding, releasing time completely from its traditional subordination to movement and space. Doing this enables him to reformulate entirely the terms through which time and change are understood, leading to a radical alteration of our understandings of power, resistance, language, and the unconscious, and taking post-identity political philosophy and ethics in a new direction.

Nathan Widder is Senior Lecturer in Political Theory in the Department of Politics and International Relations at Royal Holloway, University of London.