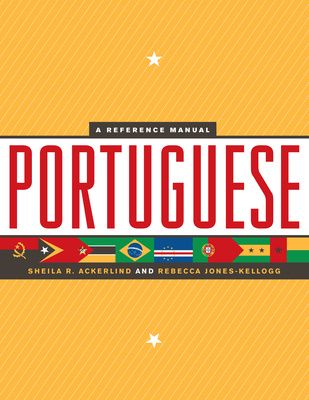 An essential, comprehensive guide for all who are interested in learning the Portuguese language and mastering its complexities, Portuguese: A Reference Manual supplements the phonetic and grammatical explanations offered in basic textbooks. While the Manual focuses on Brazilian Portuguese, it incorporates European Portuguese variants and thus provides a more complete description of the language. Accessible to non-linguists and novice language learners, as well as informative for instructors of Portuguese and specialists in other languages, this guide incorporates the Orthographic Accord (in effect since 2009–2010), which attempts to standardize Portuguese orthography.

The Manual reflects the language as it is currently taught at both the undergraduate and graduate levels by providing detailed explanations of the sound and writing systems and the grammar of the principal Portuguese dialects. A reference guide rather than a textbook, the Manual also provides extensive verb charts, as well as comparisons of Portuguese with English and Spanish.

Sheila R. Ackerlind is Professor Emerita at the U.S. Military Academy at West Point. She taught Portuguese and Spanish for forty years.

Rebecca Jones-Kellogg is Assistant Professor of Portuguese at West Point and has traveled extensively throughout Portugal, Brazil, and Lusophone Africa.