The Brush of Insight: Artists and Agency at the Mughal Court (Hardcover) 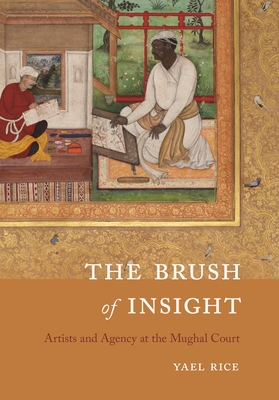 The Brush of Insight: Artists and Agency at the Mughal Court (Hardcover)

Over the course of the sixteenth and early seventeenth centuries, Mughal court painters evolved from illustrators of manuscripts and albums to active mediators of imperial visionary experience, cultivating their patrons' earthly and spiritual authority. Featuring over 80 color illustrations, The Brush of Insight traces this shift, demonstrating how royal artists created a new visual economy that featured highly naturalistic royal portraits and depictions of the emperors' dreams. These images, in turn, shaped the perception of the Mughal emperors' preeminence in all domains--temporal and spiritual--from the reign of Akbar to that of his son and successor, Jahangir. In analyzing a wide range of visual materials including manuscripts, albums, and coins, art historian Yael Rice documents how manuscript painters and paintings challenged the status of writing as the primary medium for the transmission of knowledge and experience. With compelling material and original arguments, The Brush of Insight probes how pictures and illustrated books became central to imperial modes of seeing and being in early modern Mughal South Asia.

Yael Rice is assistant professor of the history of art and Asian languages and civilizations at Amherst College.