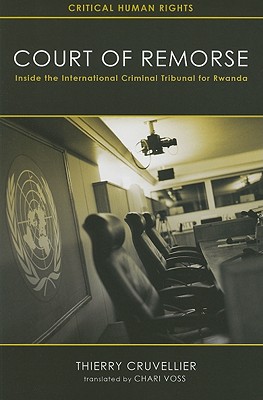 
Not On Our Shelves—Ships in 1-5 Days
When genocidal violence gripped Rwanda in 1994, the international community recoiled, hastily withdrawing its peacekeepers. Late that year, in an effort to redeem itself, the United Nations Security Council created the International Criminal Tribunal for Rwanda to seek accountability for some of the worst atrocities since World War II: the genocide suffered by the Tutsi and crimes against humanity suffered by the Hutu. But faced with competing claims, the prosecution focused exclusively on the crimes of Hutu extremists. No charges would be brought against the Tutsi-led Rwandan Patriotic Front, which ultimately won control of the country. The UN, as if racked by guilt for its past inaction, gave in to pressure by Rwanda’s new leadership. With the Hutu effectively silenced, and the RPF constantly reminding the international community of its failure to protect the Tutsi during the war, the Tribunal pursued an unusual form of one-sided justice, born out of contrition.
Fascinated by the Tribunal’s rich complexities, journalist Thierry Cruvellier came back day after day to watch the proceedings, spending more time there than any other outside observer. Gradually he gained the confidence of the victims, defendants, lawyers, and judges. Drawing on interviews with these protagonists and his close observations of their interactions, Cruvellier takes readers inside the courtroom to witness the motivations, mechanisms, and manipulations of justice as it unfolded on the stage of high-stakes, global politics. It is this ground-level view that makes his account so valuable—and so absorbing. A must-read for those who want to understand the dynamics of international criminal tribunals, Court of Remorse reveals both the possibilities and the challenges of prosecuting human rights violations.  A Choice Outstanding Academic Book

Best Books for General Audiences, selected by the American Association for School Libraries and the Public Library Association

Best Books for High Schools, selected by the American Association for School Libraries
Thierry Cruvellier, an investigative journalist, covered the International Criminal Tribunal for Rwanda from 1997 to 2002. Since then, he has reported on tribunals in Sierra Leone, Bosnia-Herzegovina, and Cambodia. Cruvellier also founded the International Justice Tribune, an online magazine covering international criminal justice. Chari Voss is a French-English interpreter and translator based in Washington, D.C., who spent two years interpreting the genocide trials at the UN International Criminal Tribunal for Rwanda (ICTR).
“A remarkable anatomy of selected cases. . . . Cruvellier’s depiction of the atmosphere and characters inside the courtroom is gripping. He never lets the reader forget the human and personal implications of the proceedings he is describing.”—Luc Reydams, The American Journal of International Law

“The most comprehensive analysis to date.”—Jean-Philippe Rémy, Le Monde

“Cruvellier gets behind the rhetoric of the court to reveal its contradictions, blind spots, and day-to-day operations. A remarkably perceptive, subtle analysis of how a major human rights institution actually works.”—Scott Straus, series editor and author of The Order of Genocide: Race, Power, and War in Rwanda

“By far the best and most serious reckoning of the workings of the International Criminal Tribunal for Rwanda. Cruvellier spent years closely watching the proceedings, and his astutely observed scenes of courtroom drama establish his sympathy for this experiment in justice. But he ultimately comes to question the very idea that the world’s major powers should use international courts to adjudicate the political crimes of weaker countries. After all, he asks, isn’t it inevitable that such tribunals will reflect the weaknesses, compromises, and lack of international engagement that produced them in the first place?”—Philip Gourevitch, author of We Wish to Inform You That Tomorrow We Will Be Killed with Our Families