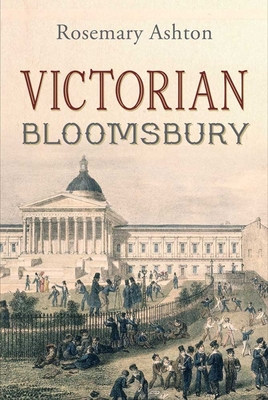 While Bloomsbury is now associated with Virginia Woolf and her early-twentieth-century circle of writers and artists, the neighborhood was originally the undisputed intellectual quarter of nineteenth-century London. Drawing on a wealth of untapped archival resources, Rosemary Ashton brings to life the educational, medical, and social reformists who lived and worked in Victorian Bloomsbury and who led crusades for education, emancipation, and health for all.

Ashton explores the secular impetus behind these reforms and the humanitarian and egalitarian character of nineteenth-century Bloomsbury. Thackeray and Dickens jostle with less famous characters like Henry Brougham and Mary Ward. Embracing the high life of the squares, the nonconformity of churches, the parades of shops, schools, hospitals and poor homes, this is a major contribution to the history of nineteenth-century London.

Rosemary Ashton is professor of English language and literature at University College London and the author of many distinguished biographies and cultural histories of the nineteenth century, including George Eliot and 142 Strand.

“A highly comprehensive…invaluable for anyone interested in the history of [Bloosmsbury] or how a place grows and coalescences into a movement.”—The Daily Beast
— The Daily Beast

“A treasure for historically minded Anglophiles.”—Choice

“Packed with excellent illustrations and information about some of the key characteristics of Victorian Bloomsbury . . .”— Adela Pinch, SEL
— Adela Pinch

"Victorian Bloomsbury...is impeccably researched, lucidly written, and highly informative. It draws extensively not only on archives but also on popular imagery of the period, giving a new sense, in Ashton's phrase, of the 'progressive role' played by Victorian Bloomsbury."—Laura Marcus, Victorian Studies