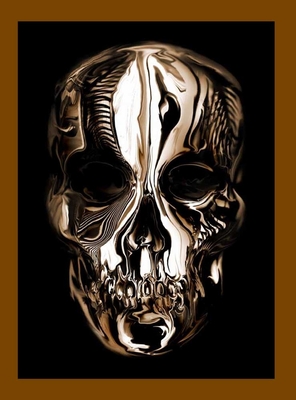 
Not On Our Shelves—Ships in 1-5 Days
Celebrating the astounding creativity and originality of designer Alexander McQueen, who relentlessly questioned and confronted the requisites of fashion

“An authoritative and moving insight into the legacy of the British designer.”—Carola Long, Financial Times

“McQueen’s brilliance is celebrated in this sumptuous tome.”—Harper’s Bazaar

Arguably the most influential, imaginative, and provocative designer of his generation, Alexander McQueen both challenged and expanded fashion conventions to express ideas about race, class, sexuality, religion, and the environment. Alexander McQueen: Savage Beauty examines the full breadth of the designer’s career, from the start of his fledgling label to the triumphs of his own world-renowned London house. It features his most iconic and radical designs, revealing how McQueen adapted and combined the fundamentals of Savile Row tailoring, the specialized techniques of haute couture, and technological innovation to achieve his distinctive aesthetic. It also focuses on the highly sophisticated narrative structures underpinning his collections and extravagant runway presentations, with their echoes of avant-garde installation and performance art.

Published to coincide with an exhibition at The Metropolitan Museum of Art organized by The Costume Institute, this stunning book includes a preface by Andrew Bolton; an introduction by Susannah Frankel; an interview by Tim Blanks with Sarah Burton, creative director of the house of Alexander McQueen; illuminating quotes from the designer himself; provocative and captivating new photography by renowned photographer Sølve Sundsbø; and a lenticular cover by Gary James McQueen.

Andrew Bolton is Curator at The Costume Institute at The Metropolitan Museum of Art. Susannah Frankel is fashion editor of The Independent newspaper. Tim Blanks is contributing editor of Style.com.
"Excellent catalogue."—The Huffington Post

"An authoritative and moving insight into the legacy of the British designer."—Carola Long, Financial Times (Christmas Books)

"The catalog—with its gorgeous images places alongside provocative, incisive, and often puzzling conversational quotes from the designer himself—makes for an interesting way to get a peek at the show for those of us who won’t be lucky enough to make it to New York this summer."—Creative Loafing

". . . an oversized art collection highly recommended for any college-level arts holding. . . . The most radical designs of his career are presented here, with critical analysis perfect for any arts or fashion library."—The Midwest Book Review

"The Costume Institute at the Metropolitan Museum's Alexander McQueen retrospective has proven so popular that the exhibit has been extended until August 7. But if that still isn't enough time for you to get down to see it, the next best thing to a New York City jaunt is the definitive monograph, Alexander McQueen: Savage Beauty."—National Post

"[T]his book itself is a showstopper."—C. Donaldson, Choice

Winner of the Awards for Excellence in 2011, as given by the Association of Art Museum