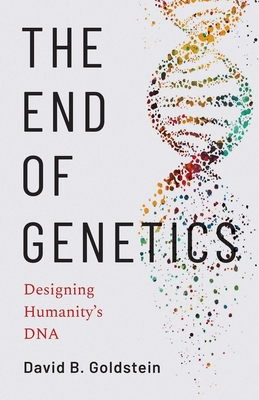 By David B. Goldstein

Since 2010 it has been possible to determine a person’s genetic makeup in a matter of days at an accessible cost for many millions of people. Along with this technological breakthrough there has emerged a movement to use this information to help prospective parents “eliminate preventable genetic disease.” As the prospect of systematically excluding the appearance of unwanted mutations in our children comes within reach, David B. Goldstein examines the possible consequences from these types of choices.

Engaging and accessible, this clarion call for responsible and informed stewardship of the human genome provides an overview of what we do and do not know about human genetics and looks at some of the complex, yet largely unexplored, issues we must be most careful about as we move into an era of increasing numbers of parents exercising direct control over the genomes of their children.
David B. Goldstein is John E. Borne Professor of Genetics and Development and director of the Institute for Genomic Medicine at Columbia University Medical Center. He is the author Jacob’s Legacy: A Genetic View of Jewish History.
“An essential antidote to hubris…a thought-provoking exploration of the limits of current knowledge and the power and perils of the coming genetic technologies.”—Olivia Judson, author of Dr. Tatiana’s Sex Advice to All Creation: The Definitive Guide to the Evolutionary Biology of Sex


"Whether you agree or disagree, David Goldstein has provided an opinionated, clear-sighted, and ultimately compelling treatise on the moral imperative to mitigate congenital suffering."—Greg Gibson, author of It Takes a Genome

"The End of Genetics brings readers directly to the front lines of modern genetics, presenting a bold yet compelling vision of what the future holds. Already a pioneer in the history of modern genetics, David Goldstein is clearly shaping its future as well."—Matthew Might, Director, Hugh Kaul Precision Medicine Institute, University of Alabama at Birmingham