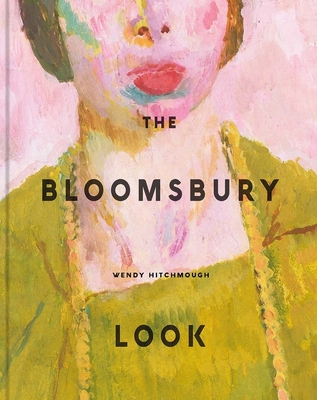 By Wendy Hitchmough
List Price: $45.00
Our Price: $40.00
(Save: $5.00 11%)
In Stock—Click for Locations
An in-depth study of how the famed Bloomsbury Group expressed their liberal philosophies and collective identity in visual form

“[Fascinating and wide-ranging. . . . Will be enjoyed by both Bloomsbury aficionados and newcomers alike.”—Lucinda Willan, V&A Magazine

The Bloomsbury Group was a loose collective of forward-thinking writers, artists, and intellectuals in London, with Virginia Woolf, John Maynard Keynes, and E. M. Forster among its esteemed members. The group’s works and radical beliefs, spanning literature, economics, politics, and non-normative relationships, changed the course of 20th-century culture and society. Although its members resisted definition, their art and dress imparted a coherent, distinctive group identity.

Drawing on unpublished photographs and extensive new research, The Bloomsbury Look is the first in-depth analysis of how the Bloomsbury Group generated and broadcast its self-fashioned aesthetic. One chapter is dedicated to photography, which was essential to the group’s visual narrative—from casual snapshots, to amateur studio portraits, to family albums. Others examine the Omega Workshops as a design center, and the evidence for its dress collections, spreading the Bloomsbury aesthetic to the general public. Finally, the book considers the group’s extensive participation in 20th-century modernism as artists, models, curators, critics, and collectors.
Wendy Hitchmough is senior lecturer in art history at the University of Sussex and was curator at the Bloomsbury artists’ home, Charleston, for over 12 years.
“Ms. Hitchmough’s history vividly fleshes out Dorothy Parker’s observation that ‘[The Bloomsbury Group] lived in squares, painted in circles, and loved in triangles.’“—Ann Landi, Wall Street Journal

"The Bloomsbury Group — and in particular, the style of Virginia Woolf and her sister Vanessa Bell — has been a constant source of inspiration for artists, fashion designers and interior decorators. This well-illustrated volume analyses the visual artefacts — garments and hair styles, art and furniture — the group used to signal membership."—Lauren Indvik, Financial Times 'Best Books of 2020: Style'


“Hitchmough’s investigation is very much detailed, and her minute scrutiny of various forms of evidence does convey a precise impression of the group’s visual identity, delivering the promised new take on Bloomsbury.”—Laurent Bury, Cercles