Introduction to the Apocrypha: Jewish Books in Christian Bibles (Paperback) 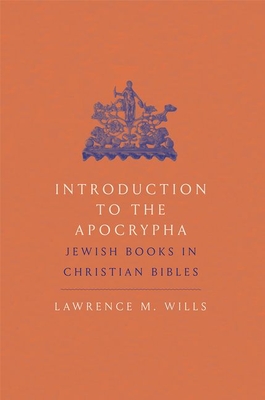 Introduction to the Apocrypha: Jewish Books in Christian Bibles (Paperback)

Challenging the way Christian and non-Christian readers think about the Apocrypha, this is an ambitious introduction to the deuterocanonical texts of the Christian Old Testaments. Lawrence Wills introduces these texts in their original Jewish environment while addressing the very different roles they had in various Christian canons. Though often relegated to a lesser role, a sort of “Bible-Lite,” these texts deserve renewed attention, and this book shows how they hold more interest for both ancient and contemporary communities than previously thought.
Lawrence M. Wills is visiting professor of Religious Studies and Judaic Studies at Brown University. His books include a commentary on Judith in the Hermeneia series, Not God’s People: Insiders and Outsiders in the Biblical World, and The Jewish Novel in the Ancient World.
2022 PROSE Award Finalist, Theology and Religious Studies category

“A work of first-rate scholarship that makes ancient Jewish apocrypha, ranging beyond the traditional Greek and Latin collections, accessible to the non-specialist audience. I cannot see teaching my Bible courses without it.”—Benjamin G. Wright, Lehigh University


“In this comprehensive introduction, Wills shows that neither ‘canon’ nor ‘apocrypha’ is a simple, consistent idea. This should now be the standard introduction to the Apocrypha.”—John J. Collins, Yale University


“Introductions to the Apocrypha used to be dull, dutiful little books. Not any more! In this engaging study Wills demonstrates the sophistication and significance of these compositions. In addition, he dismantles the prevailing Eurocentric construction of 'apocrypha' and embraces a long overdue global perspective.”—Carol A. Newsom, Emory University


“A thorough, comprehensive, and insightful examination of texts, regarded as non-canonical for the Hebrew Bible, that were quite influential in later Jewish and Christian sources. Organizing these texts according to genre is a special feature of this study.”—Gale A. Yee