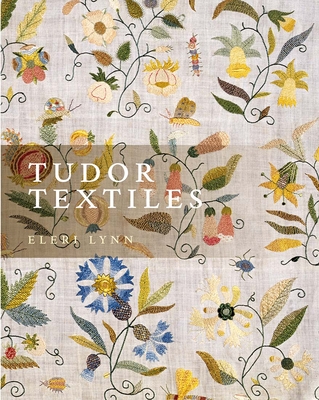 
In Stock—Click for Locations
A detailed study of Tudor textiles, highlighting their extravagant beauty and their impact on the royal court, fashion, and taste

At the Tudor Court, textiles were ubiquitous in decor and ceremony. Tapestries, embroideries, carpets, and hangings were more highly esteemed than paintings and other forms of decorative art. In 16th-century Europe, fine textiles were so costly that they were out of reach for average citizens, and even for many nobles. This spectacularly illustrated paperback edition tells the story of textiles during the long Tudor century, from the ascendance of Henry VII in 1485 to the death of his granddaughter Elizabeth I in 1603. It places elaborate tapestries, imported carpets and lavish embroidery within the context of religious and political upheavals of the Tudor court, as well as the expanding world of global trade. Special attention is paid to the Field of the Cloth of Gold, a magnificent two-week festival held in 1520. Even half a millennium later, such extraordinary works remain Tudor society’s strongest projection of wealth, taste, and ultimately power.
Eleri Lynn is a fashion historian, previously curator at Historic Royal Palaces.
“The book shines the most when it presents new and exciting research into surviving pieces such as the Bacton Altar Cloth. Non-specialist readers will find the material they encounter very thorough and will leave with a better understanding of the role of textiles in the Tudor courts, and those who are specialists will still find this a useful guide to the major topics in this area of study.”—Sarah A. Bendall, Parergon (Journal of the Australian and New Zealand Association for Medieval and Early Modern Studies)