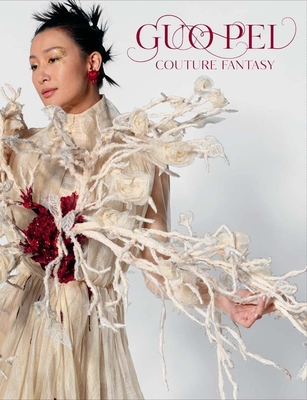 
On Our Shelves Now at:
A resplendent celebration of the spectacular fashion designs of Guo Pei, China’s first and preeminent couturier

Guo Pei: Couture Fantasy is a journey into the imaginative world of Guo Pei, China’s first couturier and one of the world’s most innovative fashion designers. Guo Pei has astonished fashion audiences from Beijing to Paris for over 20 years and made headlines in the U.S. as the designer of Rihanna’s trailing yellow gown at the 2015 Met Gala. Known for dazzling designs which make the implausible possible, Guo Pei takes inspiration from sources as varied as China’s imperial heritage, European architecture, and the botanical world; she has been sought for commissions by celebrities, royalty, and the Olympics. With more than 200 color illustrations highlighting 60 of her exquisite creations, this sumptuous volume showcases the garments’ consummate craftsmanship, lavish embroidery, and unconventional dressmaking techniques, all of which are hallmarks of Guo Pei’s work. In addition to its visual splendor, the book features a Q&A with the designer, a facsimile sketchbook, and a chronology tracing her career from its start at the Beijing Industrial School of Design to celebrated couturier.

Published in association with the Fine Arts Museums of San Francisco