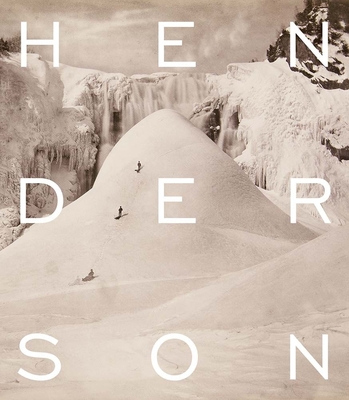 
Not On Our Shelves—Ships in 1-5 Days
Explores the life and work of the little-known photographer Alexander Henderson, whose work laid the foundations of the Canadian romantic landscape

Scottish-born Alexander Henderson (1831–1913) arrived in Montreal in 1855 at the age of twenty-four, eager to explore the Canadian wilderness. Photography, his observation tool, would also reveal a remarkable artistic sensibility.

Little known among the general public, his work laid the foundations of the Canadian romantic landscape and its themes: the magic of winter, the endless lure of the country’s lakes and waterways, the metaphysical awe inspired by the vastness of its land and its great river. But Henderson also offered a colonial vision of the young North American city and documented a number of Canada’s major railway projects. This publication accompanies the first exhibition devoted to Alexander Henderson’s entire oeuvre and focusses on photographs that highlight the tonalities, textures, and clarity characteristic of the prints of the period. Texts explore Henderson’s biography, the sources and forms of romanticism evident in his landscapes, and the genesis of his work as a process of adaptation to the New World in a context of British imperialism.

Hélène Samson is curator of photography, and Suzanne Sauvage is president and chief executive officer, both at the McCord Museum, Montreal.