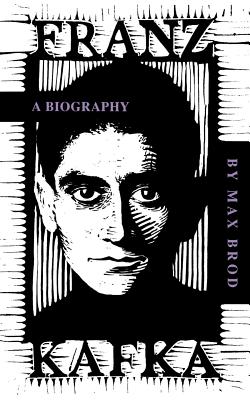 
Not On Our Shelves—Ships in 1-5 Days
"[This] biography is the primary source of our knowledge of Kafka's personal life and character, and is invaluable to anyone at all interested in the mind of the Czech genius."--Alfred Kazin, New York Herald Tribune

In many ways, Franz Kafka was as anonymous and enigmatic as the heroes of his novels. Perhaps no biography can entirely clarify the enigma; but this one helps shed light on a very complicated man.

Max Brod, a successful novelist, was a boyhood companion of Kafka's and remained closely tied to him until Kafka's death in 1924. He was undoubtedly the one man whom Kafka trusted more than any other, and it is to Brod, as his literary executor and editor, that we are indebted for rescuing and bringing to light Kafka's work. Out of a lifelong devoted friendship, Brod drew this account of Kafka's youth, family and friends, his struggle to recognize himself as a writer, his sickness, and his last days.
Franz Kafka gives us not only a more vivid and lifelike picture of Kafka than that painted by any of his contemporaries, but also a fascinating portrayal of the complicated interaction between two writers of different temperaments but similar backgrounds who together helped shape the future of twentieth-century literature.
Max Brod (1884-1968) is best known for his historical novels and as the editor of Kafka's writings. He also wrote a biography of Heine, an autobiography, plays, poems, essays, and musical compositions.