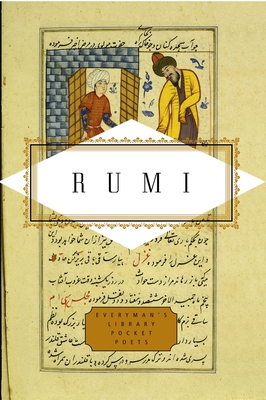 
On Our Shelves Now at:
The poetry of the medieval Persian sage Rumi combines lyrical beauty with spiritual profundity, a sense of rapture, and acute awareness of human suffering in ways that speak directly to contemporary audiences.

Trained in Sufism—a mystic tradition within Islam—Rumi founded the Sufi order known to us as the Whirling Dervishes, who use dance and music as part of their spiritual devotion. Many of Rumi’s poems speak of a yearning for ecstatic union with the divine Beloved. But his images bring the sacred and the earthy together in startling ways, describing divine love in vividly human terms.

This volume draws on a wide variety of translations—from the early twentieth century to the present—of Rumi’s deeply moving, sensually vibrant poetry.
Jalal al-Din, known as Rumi (i.e., from Rum) or Mawlana (Master), was born in 1207 at Balkh in northern Afganistan. He worked as a preacher, succeeding his father, and founded the Sufi order known to us as the Whirling Dervishes, who use dance and music as part of their spiritual devotion. He died in 1273 and his burial place in Konya remains a shrine to this day.