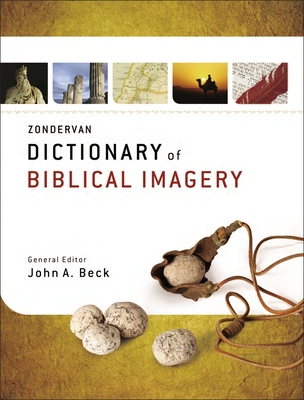 By John a. Beck

Learning the meaning and significance of biblical images will revolutionize your grasp of the Bible as a whole.

The biblical authors used their reality to enhance the impact of their message on the audience around them, and the language they used is rich with meaning. The words might be familiar today, but the cultural connotations of things like manna, millstones, or myrrh might be missed by contemporary Christians and might cause us to lose the fullest significance of the Bible passage.

The Zondervan Dictionary of Biblical Imagery surveys the use and connotations of familiar images in the Bible to illustrate the intricate and subtle ways they're put to work in the text. The types of entries include:

Each entry describes an image's characteristics, appearance, intended use, and cultural connotations, as well as the rhetorical impact of its use in the Bible. As you read, you'll begin to understand things like why Jesus called for us to become the salt of the earth, why dew was a controversial topic in Bible times, and why a roof might be mentioned to draw attention to a violation of expected norms.

With accessible, well-illustrated entries and numerous full color visuals, The Zondervan Dictionary of Biblical Imagery is an inspiring portal into the biblical world for any student of the Bible.